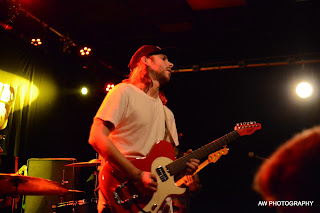 Black Foxxes (+Fainites +Kilkovec +Big Spring) Joiners Live Review
26.10.16
“This is our first gig” proclaimed lead singer, Chris, of Fainites to a large crowd of people at the Joiners, despite a rival gig of Billy Talent going on just 10 minutes down the road. Although a very slight lack of chemistry on stage that is only learnt through experience, one would never have known it was a first gig for this local, Portsmouth 4-piece. They opened their set with ‘Body of Bones’ and the Pixies-style bass-line combined with a slight hint of Julian Casablancas in the vocals made for an interesting mixture which was a lot different to what I expected (although, I didn’t really know what I was expecting). The stand out track (and most emotional of the night) was ‘Geraldine’, a song about a woman who went missing whilst exploring and tragically passed away in her tent. The rocky lead guitar that made Fainites almost sound like a heritage band as opposed to brand new, was layered over a steady almost depressing bass-line that was a perfect representation of the song’s meaning itself. Fainites are a band in which one wouldn’t have realised they were witnessing their first ever gig last night. Their talent and ability masked their lack of experience making their performance a thoroughly pleasant one and a band I can see going far in the near-future.
Kilkovec are a 3-piece from Basingstoke (wehey!) and were the second support tonight. After treating us to a cheeky intro, they slipped into ‘Change’ which had a heavy hint of Foo Fighter’s with the complex, yet understandable, drum beat that was blown over by the impressive vocal range from Daniel Wilson, that extended from punk shouting to high-pitches wails. The song reminded me a lot of Girl Band (that are a band everyone need to listen too). Kilkovec are a messy band musically and physically yet, it works. Their clumsy riffs and rowdy beats are disgustingly grungy and are a perfected mess. The proportions of indie and punk that are present in their songs are textbook and not to heavily weighted on either side. Their track ‘Somerset Cottage’ was my favourite from their set. They also claimed this song will be on their new EP (release date? I have no idea). The gentle tapping of the drumsticks kick started off this track before the scarily good riff pounded in making this band one I’m going to remember.
After listening to Big Spring on repeat for 2 hours before I attended this gig, I think it’s safe to say my expectations were extremely high.
I was not disappointed.
After the first 10 seconds of opener, ‘Go to Waste’, it became apparent to me I was going to love this London 4-piece. By watching them perform, I had made up my mind that this was a band I want to party with. Their rock star personas and lead singer that was trashing the microphone stand as well as falling into their lead guitarist, made for a nauseatingly cliché performance that worked well with their sound. Their stand out track was ‘Bad Trip’ that was about the time vocalist, Ollie Loring, got so stoned he thought he lost his mind (we’ve all been there). The sensual bass line combined with the uneasy guitar sounds made for a perfect representation of the song meaning and dragged the crowd through the bad trip with the band. Big Spring were hypnotic live and it was difficult to not watch in amazement as they stumbled about creating havoc on stage whilst spitting each song vigorously in the faces of the audience. 100% a band I’d go and see again.
Black Foxxes finally came to stage with very little fag-break time between them and Big Spring (I don’t think I’ve ever smoked so quickly). They kicked-off their set with ‘Husk’. The self-assured opening maintained the same energy throughout the whole 4-ish minutes and the song created a sense of destruction.
I wanted to smash something.

The tame yet disgusting chaos created by this 3-piece made for pure pop-punk that was initiating head bangs amongst many. Their second track, ‘How We Must’, resembled ‘C-Side’ by The Wytches and the vocals coming from Mark Holley was entirely to thank for that. His shaky vocals that wobbled perfectly thought the microphone sounded just like Kristian Bell’s in ‘Crying Clown’ and had the perfect hint of indie throughout this grungy number.
They continued though playing tracks, ‘Bronte’ and ‘River’ that had keen fans singing along throughout however, their stand out track for me was, ‘I’m Not Well’’. Vocalist, Mark Holley, claimed he had a bad cold and a crippling stitch so this song was very apt for him. However, if he had not shouted about his illness, it wouldn’t have been noticeable. The cracking in his voice made the performance rawer and showed their passion by the fact they continued to play. Anyway, I was too busy focusing on the weightiness of the bass-line in this song to even notice any ill vocals. Bassist, Tristan Jane, stood out in this song, tearing up the stage with his undeniable ability that was a dream to watch.                 They ended their set with crowd favourite, ‘Pines’. This aggression-filled track was a perfect end to their set and the You Me at Six sounding riffs coated over the full-frontal pop punk basslines and the smashing of the battered drum kit ended this set remarkably. Black Foxxes are a band I enjoyed live a lot more than I do listening to their recorded material; their rawer sound and mesmerising talent absolutely blew my mind in person.
A band I’d recommend to be seen by all pop-punk lovers. 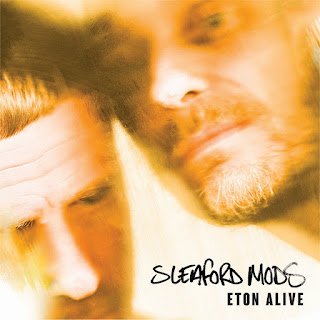 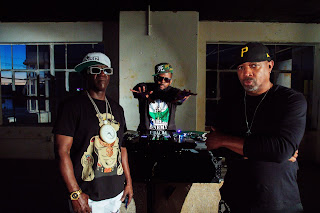 motions Fuel Public Enemy’s Tank, with Years of Built Up Anger / Public Enemy What You Gonna Do When The Grid Goes Down? Review